15,000 Children Injured from Falls from Window Each Year 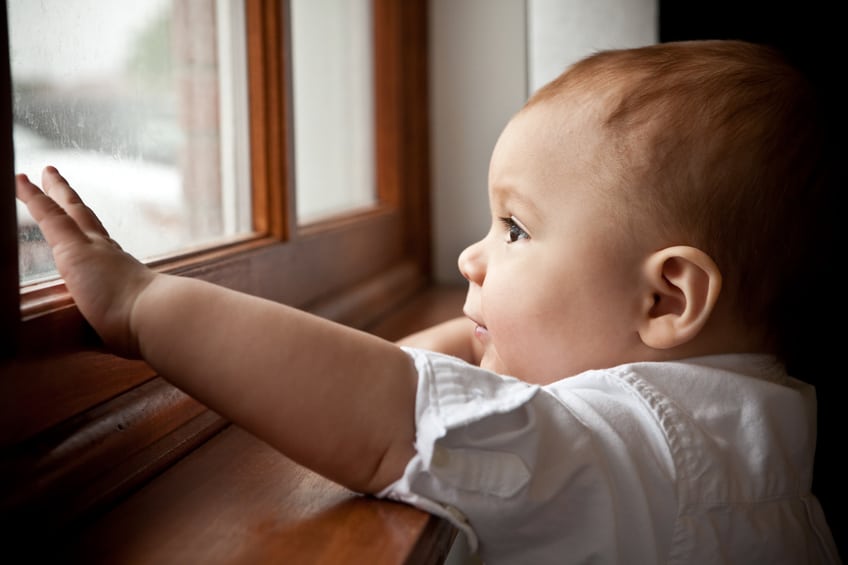 Print This Article
According to Primary Children’s Hospital, nearly 15,000 children are injured every year in the US due to a fall from a window, with 15 – 20 children being fatally injured from a fall.

A study by investigators at Nationwide Children’s Hospital in 2011 found that children ages 4 and younger account for 65% of hospitalizations for falls with head and neck injuries account for half the injuries.

Hospital Director, Gary Smith, said: “One of out every four children in our study was hospitalized as a result of their injury”.

“We know from successful social education programs in New York City and Boston that child injuries due to falls from windows can be prevented. We need to do a better job of protecting our children from these types of serious injuries.

Young children falling from windows usually occurs when an item of furniture or a bed is placed under a window. Curious children will want to climb and explore everything – including looking out of a window.

Even a fall from a ground floor window can result in a head injury for a young child.

A simple google search for ‘boy/girl falls out of window’ will bring up countless news articles from local news sites with children as young as one and as old as six falling and suffering injuries or even death.

One of the biggest issues mentioned in articles referring to a child falling from a window is falling through a ‘window screen’. Window screens are installed over windows to keep out unwanted insects and allow for ventilation, however, these screens are not designed to hold the weight of a person or to prevent a fall from a window. If anything, window screens present a false appearance of having a guard in place which could prevent a fall and leaning could be considered safe.

Two years ago, Michael Anderson, who was three years old at the time, was playing in his Minnesota family home when he fell through a screen on a second-floor window.

The family had opened the window to let in some fresh air.

Michael’s mother, Jenny Anderson, said: “I was cooking dinner and the boys were upstairs in the living room and it was springtime so we opened the windows”.

Leaning on the window screen, Michael fell two stories below, landing on his head.

In May this year, a three-year-old girl was critically injured when she fell from a second-story window in Spanish Fork.

The girl was on a bed near the open window of a residence and put her hand on the window screen which then gave way.

SafeKids.org say: “Screens are meant to keep bugs out, not children in. Properly install window guards to prevent unintentional falls. Install window stops so that windows open no more than four inches”.

How can this be prevented?

Falls from windows can be easily prevented with the use of a window restrictor.

Window Restrictors are a low-cost solution to preventing falls – restricting a window opening to four inches and still allowing for ventilation.

The Cardea Premium Window Restrictor has been tested to a force of 550kg and can be fitted on all types of windows, including PVC, aluminium, wooden and metal profiles.

Each window restrictor is provided with a key, allowing it to be unlocked or removed as and when an adult chooses and for quality assurance, each restrictor comes with a 5-year warranty.